The Laguna State Polytechnic University Lakers, the reigning champions achieved the top spot for the second time, as the Over-all Champion in the recently concluded Southern Tagalog Regional Athletic State Universities and Colleges (STRASUC) Olympics. The LSPU athletes’ bloodlessly effective defense and gigantic feat helped them retain the glory of being the STRASUC Olympics champions. This athletic 2019 was held, November 22-29, 2019 at Romblon State University, Romblon with the theme: “Strengthening Fellowship and Alliance through Sports”.

Winning in the STRASUC Championship is not easy; it is not just an exceptionally special achievement. when a Regional Championship is won twice, it is even better and harder.  Often the incredible back-to-back, regional championship is a dream that hardly ever comes true. All this triumph should be credited to the University, athletes, and coaches of different sports; without them this would not be  possible, the sports Director, Mr. Darwin D. Ofrin says (D. Wagan). 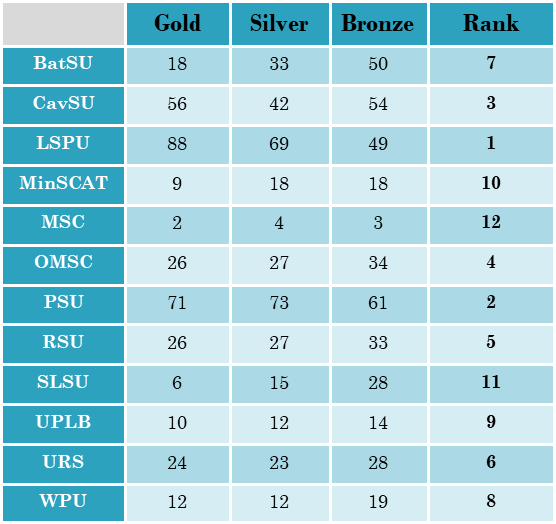 SUPPLY AND DELIVERY OF MATERIALS INCLUDING LABOR FOR REHABILITATION OF OF LABORATORY OFFICE FOR THE PROJECT" E-SENTRY: