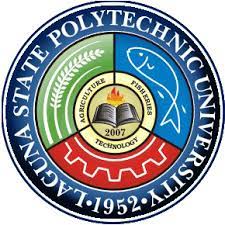 LSPU senior officials, regional directors attend LSPU-ATBI’s advisors’ meeting The Board of Advisors (BOA) of the Agri-Aqua Technology Business Incubator (ATBI) of the Laguna State Polytechnic University (LSPU) talked on strengthening technology incubation and expanding relationships among the Project, the University, and other linkages on the 1st BOA meeting as part of its 2nd Inauguration Anniversary on November 29, 2021.  LSPU-ATBI is being funded by the Philippine Council for Agriculture, Aquat...

The LSPU Hon. President, Dr. Nestor M. de Vera with the top management and International and Local Affairs’ Chairs warmly welcomed two special distinguished visitors--H.E. Ly Quoc Tuan, Vietnam Ambassador to the Philippines and H.E. Noel Servigon, Philippine Ambassador in Vietnam on May 2, 2018. He gladly met the two ambassadors and had casual exchange of pleasantries with them over cups of tea and Filipino native snacks. The three officials of the land went down to offer wreath before Rizal and Ho Chi Mihn twin...

BAY, LAGUNA—The Laguna State Polytechnic University (LSPU) conducted its Strategic Development Planning for the Year 2019-2013 at the Kamayan Resort, Aug. 16-17. Aimed at aligning the university’s path with the administration of the new University President, Dr. Mario R. Briones, the seminar-workshop focused on the creation of new LSPU Strategic Plan headed by Adriel Roman, Director of the Physical Plan and Site Development. Some of the regional partners who participated in the event were Dr. Tirso R...

QUEZON, CITY—The Laguna State Polytechnic University Board of Regents (LSPU BOR) made a motion for the creation of the LSPU Academic Committee during its 1st and 2nd Quarter Board Meeting at the Commission on Higher Education, July 4. CHED Commissioner Lilian De Las Llagas, chairperson of the Board, initiated the establishment of an Academic Community among all State Universities and Colleges (SUCs) before their curricular programs be subjected for BOR Agenda to assure the quality of education to be provided....